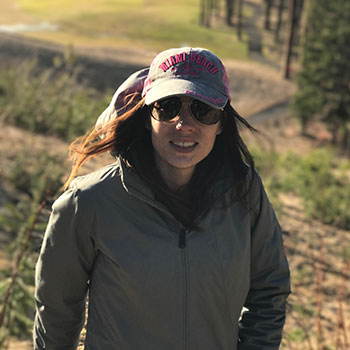 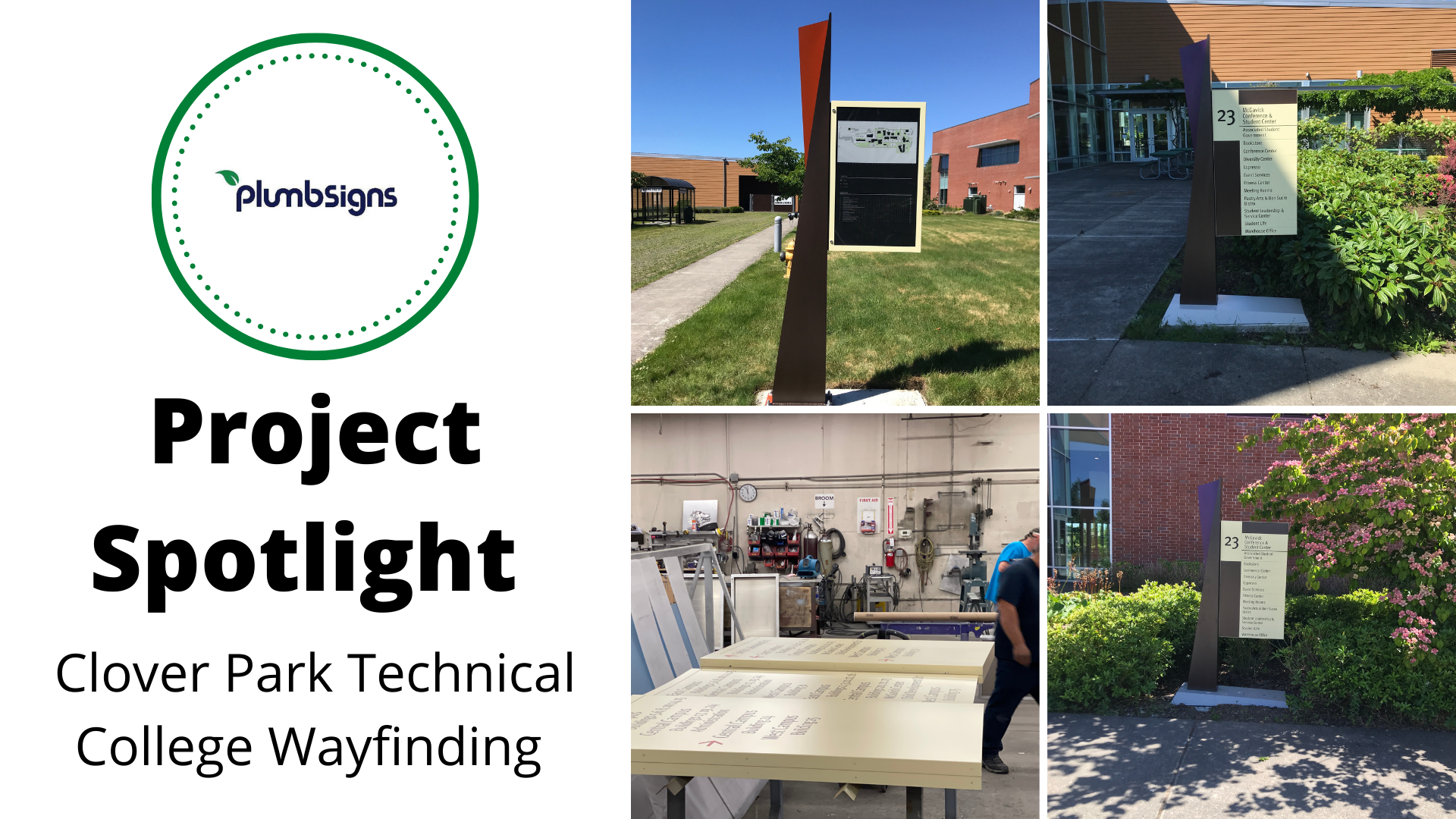 If you would like to learn more about this project or have a sign project of your own we would love to hear from you!

Company Overview: Clover Park Technical College is a community college located in Lakewood, Washington. There is also a smaller campus at Thun Field in Puyallup, Washington, for Aviation Training.

When you are a new student (or teacher) there is nothing worse than being late to class. Wayfinding Signage is a vital part of making a good

first impression as well as helping students and staff alike find their way around campus.  Wayfinding comes in many forms such as monument signs, directional signs, and maps.  This particular project consisted of: 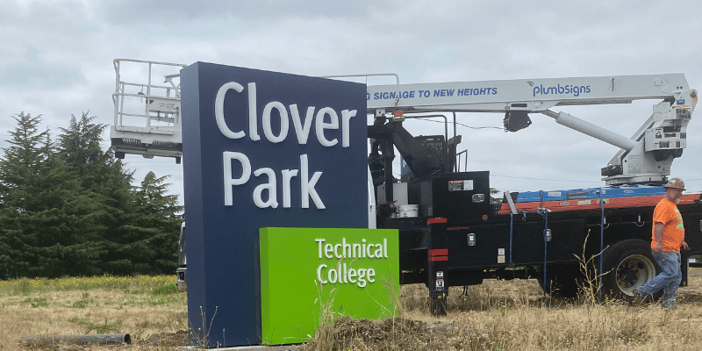 Plumb Signs was originally tasked with working on the signage at Clover Park Technical College over 15 years ago in 2003 and has done several updates to the signs throughout the years.

As with each sign project this one was met with it's own unique set of challenges.  In this case there was a firm completion timeline in order for the College to receive funding.  The project was originally slated to be completed by the end of May but our permit for the main Monument / Entry Sign was delayed.

Additionally much of the sign structures were fabricated out of steel which is harder to build with than some other materials such as aluminum. 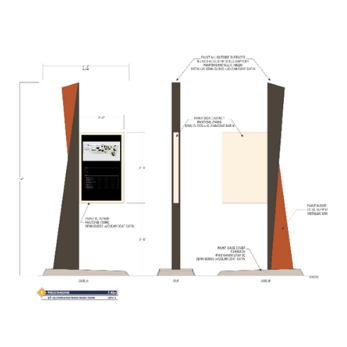 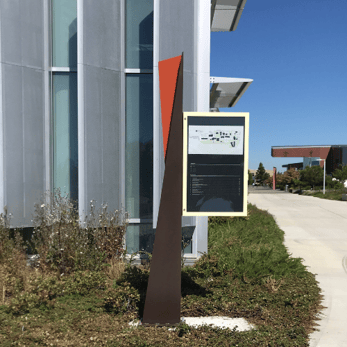 Plumb Signs worked with Clover Park to build all of the original directional signs on the property that were needing to be updated which gave us an advantage to a successful outcome, as we had the original files from the wayfinding project we had done nearly 20 years ago in 2003.  We even used much of the same Plumb Signs staff that worked on the initial signage including the designer, account executive, general manager, production manager, and several installers.

While our Technician worked with the city to ensure the permit for the Monument / Entryway Sign was approved in time, we got to work fabricating and installing the remaining (16) directional signs and campus maps.   Once the permit was ready the final sign went up and the project was completed prior to the funding deadline.

If you would like to learn more about this project or have a sign project of your own we would love to hear from you! 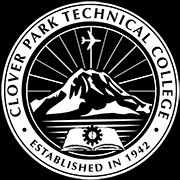 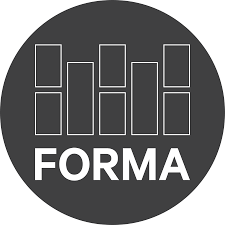 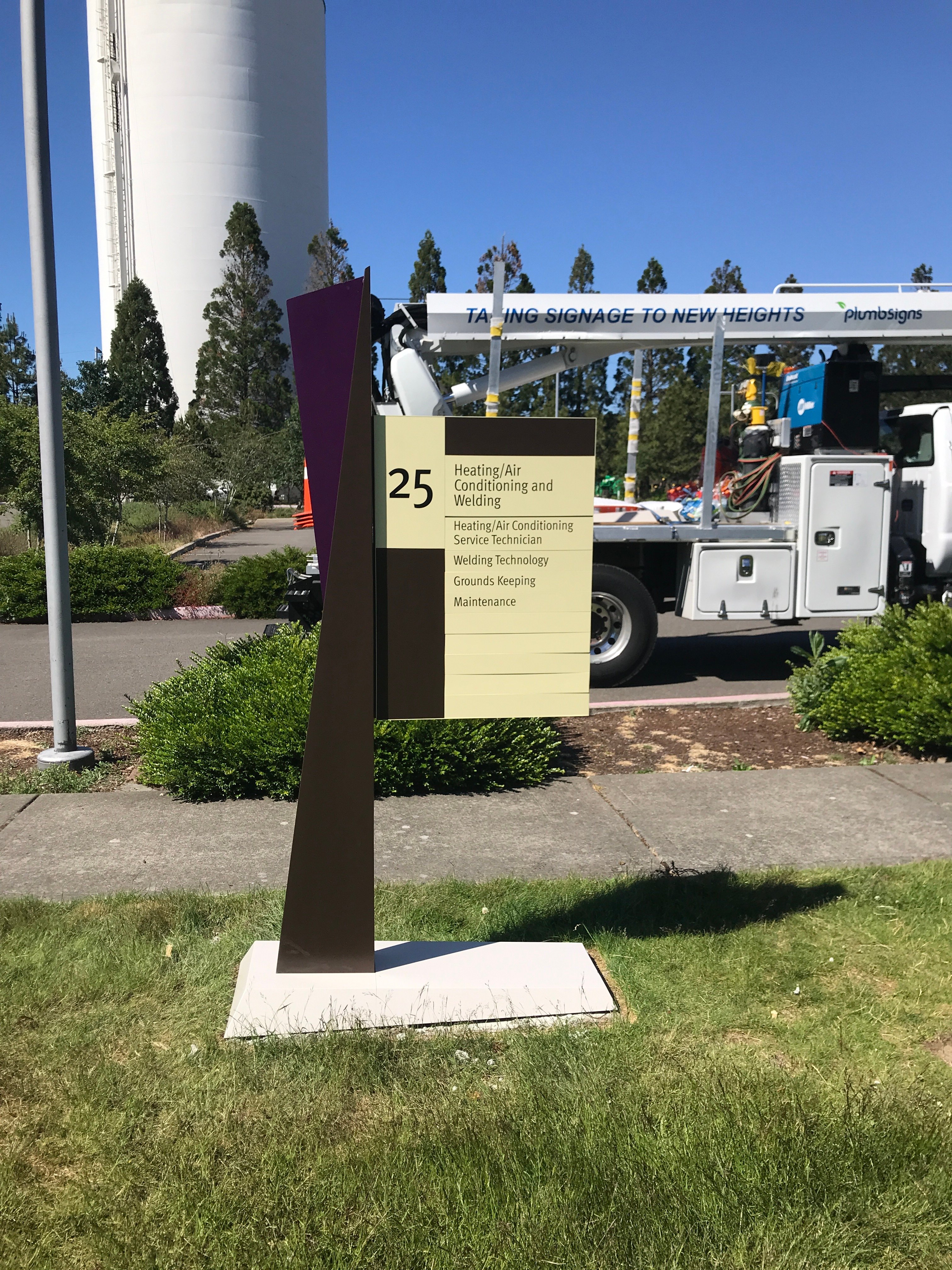 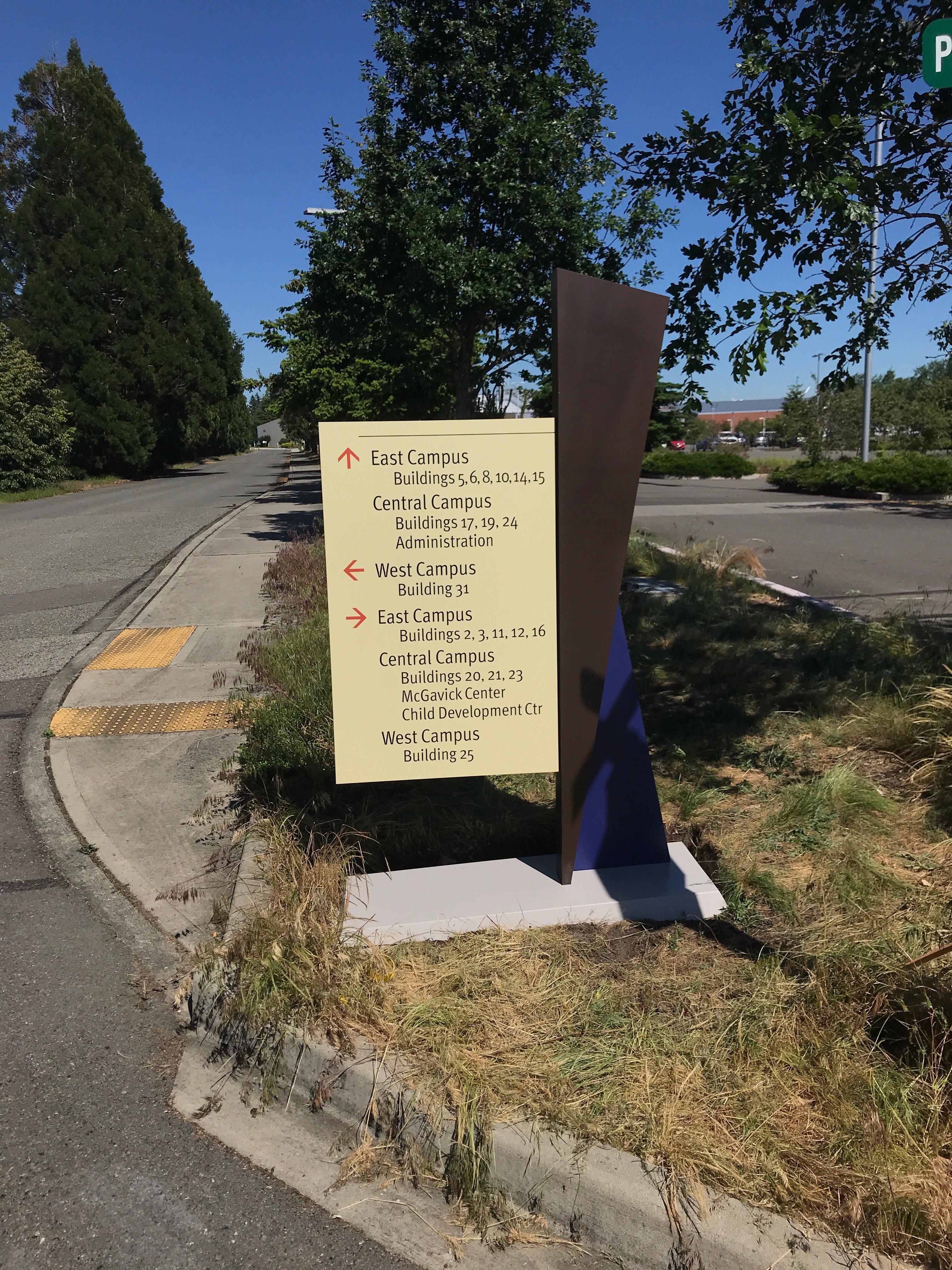