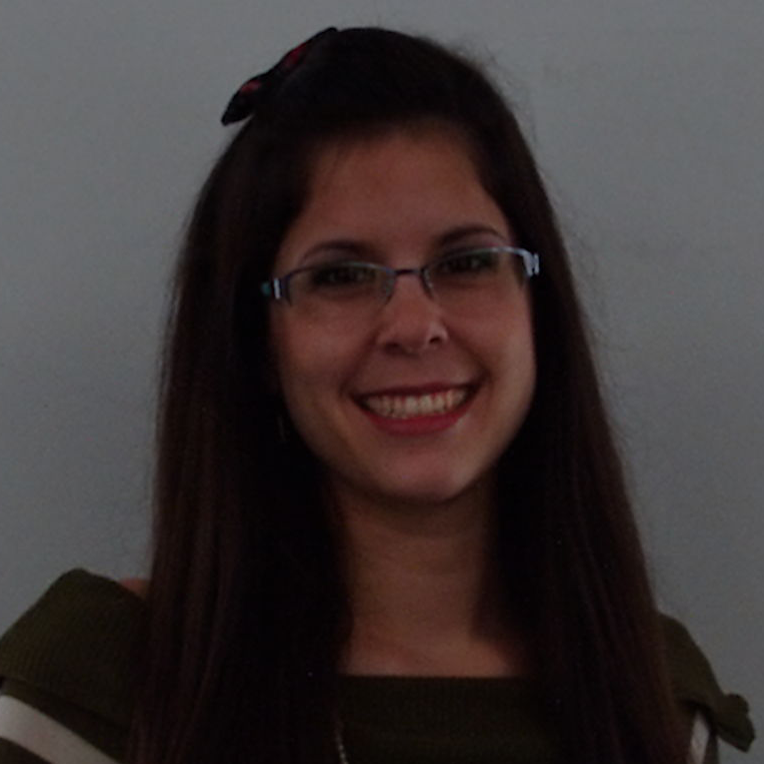 2) Next, the sides of the channel letter is created. These are called returns which are formed by bending a 3-6” wide strip of aluminum sheet around the aluminum back.

3) After formation of the strip, the return is either welded at the seam or flanged and riveted, or with a metal stitcher, can be fastened with galvanized or stainless wire to the back to create a solid can in the shape of the letter. 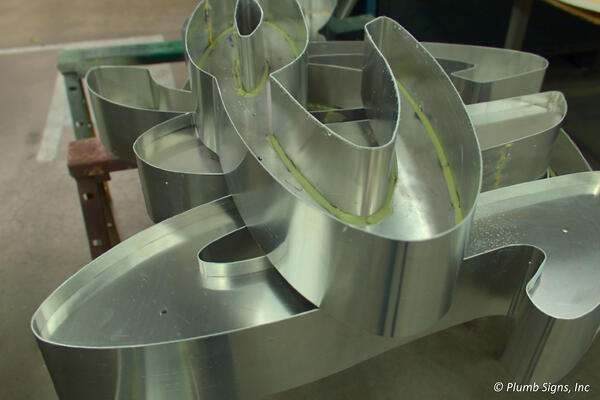 Returns attached to the back of an almost completed Channel Letter.

4) This letter can is painted and fitted with the desired lighting components such as neon gas tubes or light-emitting diode (LED) modules.

6) Lastly, a trim cap border is applied to the edges which gives the letter face a finished appearance and creates a fastening surface to attach it to the letter can.

Channel letters are not limited to the steps described above. There are variations we can use to create a different approach to the illumination effect. Another style commonly used is known as halo lit. This is where the face of the letter is not a transparent material, but aluminum and the lighting is directed towards the back. The light then floods the wall or backer panel that the letter is mounted to and creates a negative space at night.

An important part of channel letters is the backer panel used to help enhance the channel letters. The main purpose of a backer panel is to provide a strong contrasting background color for the sign. The backing board can increase the overall conspicuity of a letter set. Some other purposes are to cover a problematic building façade or to hide a raceway mount.

Some channel letters are incorporated with other sign types such as wall signs, placed on monuments or used with pylon signs. There are endless possibilities with the placement and design of a channel letter, limited only to your creativity and imagination.

When designing a channel letter sign you should take into consideration the type of lighting effect you’d like to see when the finished product is created. Also keeping the colors contrasting on the letters to the backer panel so you won’t run into a blur when the lights are on at night.

Design is one step in creating the channel letter sign you want for your business. Be prepared for the design to be kick-backed from sign companies if you have an architect help. There may be restrictions to production capabilities and feasibility. That does not mean you have to redesign the whole sign but make some compromises to get as close as possible to your desired look.

Next time you’re out and about at night see if you can distinguish the difference between halo lit and standard channel letter signage. Especially if you’re in the market for a new sign! See what else has been done so you get an idea of some possibilities.

(2)    What is a Backer Panel? By John Baylis. Sign Builder Illustrated, February 2015 Edition.