Having worked on a number of Taco Time's throughout the region, we were happy to work with Port Orchard's franchisee Ownership on what initially started out as a simple LED retrofit for two sets of channel letter signs. They were doing some remodeling of their building and needed to take down the signage to do it. With us already having to take the signs down it seemed like a great opportunity to swap out the lighting to improve their efficiency and longevity. However, once the signs were down and we were able to take a closer look, we uncovered quite a bit of structural damage to the exterior of the sign. Here's a closer look at what we found: 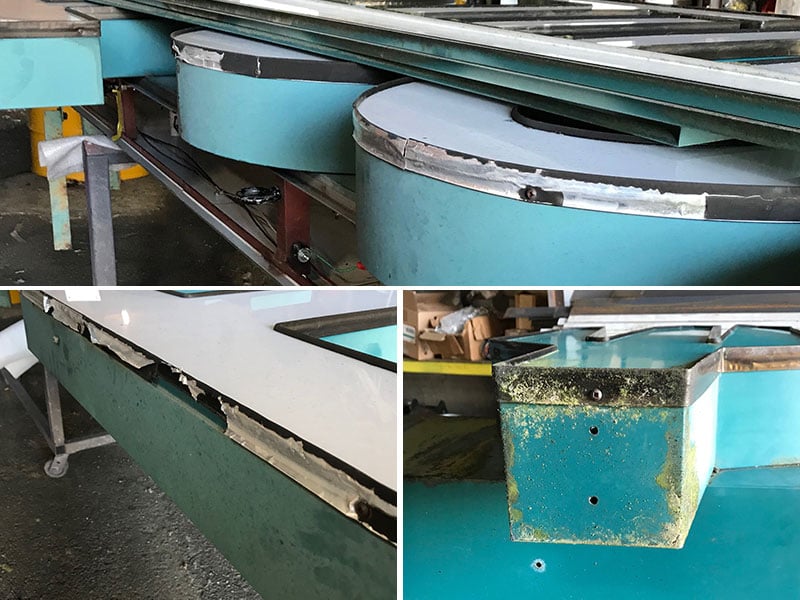 As you can see, there is a lot of ware and tare on the bottom of the sign. Over time the exposure to the elements had gotten to this one and we felt it was best to address these issues now before any additional damage incurred. We proposed to the ownership that since the signs were already down and that the LED retrofit budget had already been approved, that we just redo the letters while we were at it. This not only made since from a budgetary standpoint but it also ensured that they would avoid some additional short term signage maintenance that seemed inevitable given the condition of the signs.

Although this project started off as just a lighting upgrade it eventually led to the build and installation of 2 new sets of wall mounted channel letters. Each set included white acrylic faces, green trimcap, and LED for the illumination.

The updated channel letter set is built to last and is a more energy efficient solution given the LED lighting retrofit. Not only will they consume less energy but their remodeled building facade now has some nice new signage to go along with it!

Here's a look at how the new sets of channel letters came out for Port Orchard's Taco Time. 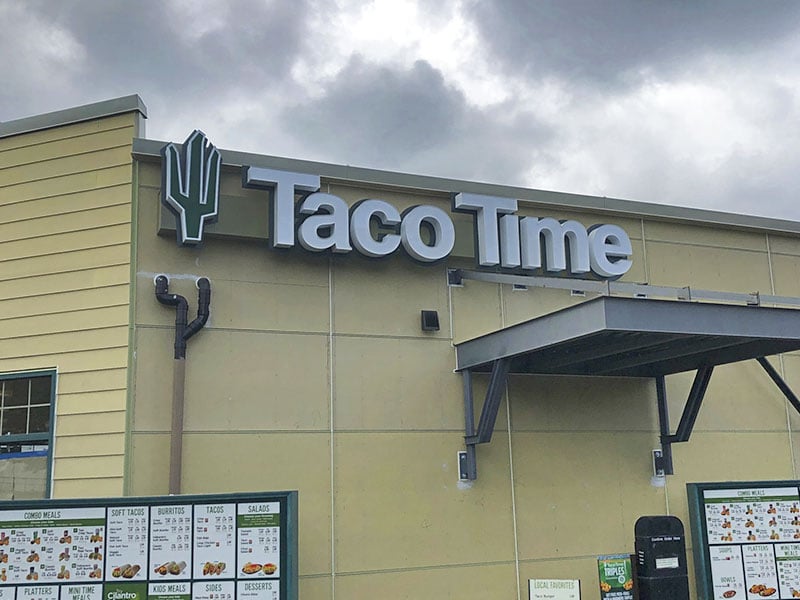 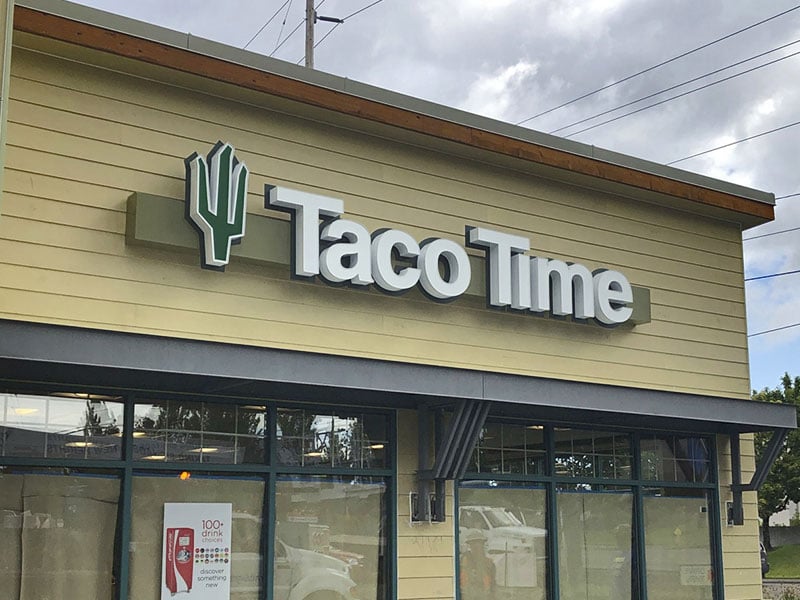 It Literally Pays to Convert Your Sign Lighting to LED's